You are here: Home / Live Performance / On Fire!

The Fire Challange
Fire plays a natural role in the life of America’s wildlands. Before the first humans came, the forests and their inhabitants evolved hand in hand with fire. Later, Native American fire practices ultimately shaped the park-like conditions that Europeans encountered when they arrived. 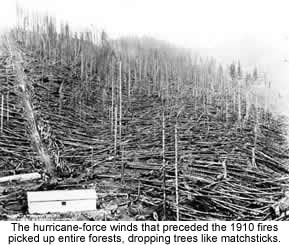 The cultural practices of the newcomers heavily impacted the land. Fire — whether natural, accidental, or intentional — deforested vast tracts of land. In the 1920s the Federal government adopted policies to extinguish all fires in America’s wildlands. Succeeding decades have seen a huge increase in undergrowth.

Now increasing populations are living close to wildlands. America is on a collision course with catastrophic fire. Citizens must become educated about the choices faced by their society. Only then will they be able to take the actions that will further their values.

What Is On Fire! 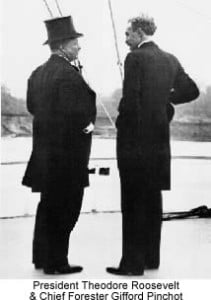 On Fire! is a play that explores the gritty heroics, the tragedies, and the triumphs of America’s wildland fire fighters. And it portrays the equally dramatic battles in the corridors of power — the wars to determine how America’s wildlands will be managed.

Audiences have been thrilled at the action. They have come away with an understanding of how our wildlands came to their current conditions — and what that means to all who come in contact with an uncontrollable fire.

Who has seen On Fire!

On Fire! toured schools, camp grounds, and amphitheaters in the Stanislaus, Sequoia, and Sierra National Forest areas in the spring and summer of 2003. The fall 2004 tour takes it to Reno, Sacramento, and to Fresno, San Bernardino, and San Diego Counties.

During runs in 2005 and beyond, the play will be available for community events andFire Safe Council meetings throughout California.

It will tour nationally to meetings of groups and agencies with an interest in wildland fire.

Play ‘On Fire!’ entertains, educates audiences about a forest’s worst nightmare
It blends humor with history, it offers touches of vaudeville and, sort of like wildfire, it moves incredibly fast, darting from one area to another without warning. It’s live, it’s unpredictable and it’s hot.

It’s “On Fire!” — a one-act play about, yes, fire. Financed by about $35,000 in grants and donations, it has been making its way through makeshift stages in schools and parks and before fire safety councils in and around the Stanislaus National Forest. Writer-director Rick Foster of Sonora said he hopes to take it to other forests and possibly other states if more grants come through. If not, catch it while you can.

“On Fire!” traces nearly a century of America’s struggle to understand and manage wildfire against tall odds, from bureaucratic and political infighting to miscalculations about nature’s power and fire’s benefits.

“Hey, there’s no young Sequoias in this grove,” actor Don Bilotti, playing a Forest Service ranger, notes after several decades of fire suppression. “Maybe they need fire to generate.” The “duh” is implied by Bilotti, a gifted and versatile actor who plays 10 parts, including one president and two women, in “On Fire!”

All four are veteran, professional actors, and it shows. They are constantly on the move, all of them full of jest and zest. And Foster’s script, tight and clever, is so entertaining that the underlying history and serious message seem like accidental byproducts.

Just when a scene starts to get overly depressing, such as men recounting the horrors of the Great Fires of 1910 — 3 million acres burned, 7.5 billion board feet of timber gone, 85 people dead — comic relief comes to the rescue. Narrator Maguire asks Bilotti, a cabin owner overrun by flames, if the roar was like 100 trains running over a trestle. Bilotti says he has never heard 100 trains on a trestle, then smiles wistfully. “But if my wife had been there shouting at me, I couldn’t have heard a word.”

All of the actors are sometimes narrators. Individually, they are presidents pontificating, presidential appointees jockeying for control, firefighters scrambling for cover, newspaper reporters, newspaper vendors, Forest Service leaders. Throughout the play, which lasts just under an hour, they all treat you with precision movements, rapid-fire dialogue and occasional surprises.

One of them plays the director of the play. Three of them break into song at one point. One of them talks while he’s dead. And two of them open and close the show as cleaning women, checking out the audience and mopping up the joint before and after a play about fire.

“On Fire!” is a play that, for all its levity, brings its curtain down without offering much hope for relief from wildfires. As the fuel load keeps growing and more and more people move to the hinterlands, putting out all wildfires is impossible, letting them burn is unthinkable and all potential remedies seem too expensive or problematic.

“However it is done,” playwright Foster writes in his program notes, “an immense effort will be required to bring our forests into a condition of sustainable safety and health.

“A change of public consciousness will be required, similar to the change that brought the conservation movement to a position of influence a century ago.

“The American people need to recognize the magnitude of the problem and develop a consensus as to how best to approach it.”

Who created On Fire! 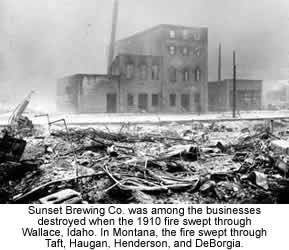 On Fire! was first produced by the Three-Forests Interpretive Association (3-FIA) in partnership with the award-winning theatrical company Duende: Drama & Literature, Inc. Duende has toured throughout California with plays for schools, museums, libraries, and National Forests and Parks. In 2002 it presented the California History Theater Festival in Sonora, CA to critical acclaim.

Many active and retired fire scholars and professionals contributed their expertise to make On Fire! an authentic presentation of the world of wildland fire.

The 3-FIA is a nonprofit charitable organization with 501(c)(3) tax status. Its mission is to help visitors and users of the Sequoia, Sierra, and Stanislaus National Forests appreciate and understand the forests while helping the Forest Service with its mission to manage these forests of the towering Sierra Nevada. It seeks to enhance public understanding of the history, natural resources, recreational and commercial uses of the forests.

All contributions are tax deductible.

Who pays for On Fire! 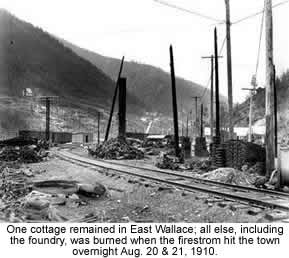 The National Endowment for the Arts kicked off the fundraising effort with a grant of $10,000. The Forests, Fire Safe Councils, educational institutions, and corporations with interest in fire policy raised the rest of the funds needed for the eight weeks of touring in 2003.

If sufficient grant and donation monies are raised the play would be free of charge to community organizations that can use it for their own fundraising purposes.

How can I help On Fire! 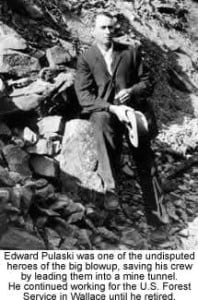 The 3-FIA has actively solicited grants, donations, and other support for On Fire!

Please contact Duende regarding production or performance rights for this play.

Donations are tax deductible and processed securely through PayPal.

ABOLITION tells the story of two friends, Frederick Douglass and John Brown, during the tumultuous decade leading up to the Civil War. Produced as an acclaimed two-man stage play in Sonora and Sacramento, Duende is now in production of a broadcast quality film adaptation.

Learn more about the progress of the film version, as well as the historical background of the stage play.

Join our email newsletter and get advance info about special performances and events.